A little history on Zero 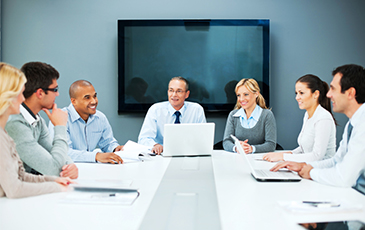 Zero Corporation is an Australian software development company specialising in developing innovative software systems for sales and marketing functions for the Pharmaceutical, Biotechnology and Healthcare Industries generally, as well as related organizations such as Hospitals, Hospices, and Pathology centres.

Zero Corporation was first incorporated in Melbourne, Australia as Lancom Technologies in 1990 by acquiring an existing software company which had developed applications for GPs and Pharmacists.

The founders of Lancom Technologies came from senior roles in the Pharmaceutical industry, with a vision to create high performance, easy to use software for Pharmaceutical Representatives to assist them in their day to day work.

PRISMS (Pharmaceutical Representatives Interactive System Management Software) Version 1 was a DOS based Electronic Territory Management System (ETMS) and was launched in Australia in 1992. Bristol Myer Squibb and Lundbeck Pharmaceuticals were the first 2 companies to use the software and the list has grown to customers across more than 30 countries.

In 1995 Zero Corporation launched IMAGES; an interactive e-detailing software for Pharmaceutical representatives. Faulding Pharmaceuticals and CSL were the first two companies to adopt this technology.

Recognising the need for data visualization of IMS Sales data, Zero Corporation designed, developed and launched Sales Audits Graphical Enhancement (SAGE) software. This led to a Joint Venture agreement with IMS Health to promote our products including PRISMS and IMAGES in Australia and New Zealand.

At its peak over 40 companies in Australia were using SAGE. On June 24 1998 IMS Health acquired Walsh International globally. The terms of this agreement did not allow any affiliate of IMS health to market a competitive product. All companies using PRISMS were given the choice to stay with PRISMS or stay with IMS Health's new product offering from Walsh International. All companies decided to stay with PRISMS. The JV with IMS was restricted to SAGE and continued until the end of 2010.

In June 2004, we launched ENVISAGE, which is a web-based Business Intelligence, Analysis and planning tool for enhancing sales force effectiveness, which remains a valuable tool for many of our client companies today.

In 1999 Zero Corporation launched PRISMS 5 – the first web based Pharmaceutical CRM using Oracle 8i as its database engine. Compared to PRISMS 4, PRISMS 5 was more robust, scalable, and highly secure.

The need for multilingual support and the versatility of the Microsoft .net framework convinced us to go back to the drawing board and redesign PRISMS. PRISMS 6 is the result and now has the flexibility to be able to be adopted for use in any Industry, inclusive of multilingual functionality. Written in .net it uses Microsoft SQL as its data base engine.

Our preparedness to align with and respond to our customer's evolving and changing needs has led us to invent IMAGES platforms (launch May 2014). Based squarely on the principles of Closed Loop Marketing, IMAGES combines cutting-edge technology, coupled to ease of use and arguably, is the most powerful interactive gateway available in driving genuine customer engagement.